AED2,545,177
2 Bedroom Penthouse for sale at Imperial Avenue
Imperial Avenue is Shapoorji Pallonji's first project as a developer in Dubai. With a total of 424 units, the 46-storey tower will have 1, 2, 3, 4 & 5 bedroom units, as well as 3, 4, & 5 b...
Unblocked Open View Full Western Kitchen Bathtub Balcony
Jumeirah Living Marina Gate

We verify all properties listed in Jumeirah on FazWaz
Riverside Apartments

AED1,776,000
2 Bedroom Apartment for sale at Riverside Apartments
Riverside at Marasi Business Bay by Dubai Properties is an exciting residential development boasting of unrivalled views of the Dubai Canal. The residences stands tall along a 12-kilometer promenade o...
Balcony
The Palm Tower at Palm Jumeirah

AED1,511,888
2 Bedroom Apartment for sale at Sirdhana at Mina Rashid
As a beautiful ode to Dubai’s history, the premier residence is aptly named after the British Royal ship, the Sirdhana - the first commercial vessel to call at MINA RASHID in 1970. A four bui...
Sea View City View Oceanfront Bathtub Balcony
Marina Vista At Emaar Beachfront

AED1,313,888
1 Bedroom Apartment for sale at Marina Vista At Emaar Beachfront
Lose yourself in the beauty of a private gated island. Take your pock between27 glistering towers rising above the azure blue aters of the Arabian Gulf, each one more stunning than the next. CHARMS...
Oceanfront Balcony
The Palm Tower at Palm Jumeirah

AED4,686,888
4 Bedroom Apartment for sale at Grande At Opera District
Grande at Opera District is a spectacular new development in the heart of Downtown Dubai. The new iconic tower, which stands 78 storeys, is designed by Emaar Properties and located in close proximity...
River or Canal View City View Full Western Kitchen Bathtub Balcony

AED992,888
1 Bedroom Apartment for sale at Sirdhana at Mina Rashid
As a beautiful ode to Dubai’s history, the premier residence is aptly named after the British Royal ship, the Sirdhana - the first commercial vessel to call at MINA RASHID in 1970. A four bui...
Sea View City View Oceanfront Bathtub Balcony
Marina Vista At Emaar Beachfront

AED2,056,888
2 Bedroom Apartment for sale at Marina Vista At Emaar Beachfront
Lose yourself in the beauty of a private gated island. Take your pock between27 glistering towers rising above the azure blue aters of the Arabian Gulf, each one more stunning than the next. CHARMS...
Oceanfront Balcony
1 - 30 of 2,565 Results

Property for Sale with the Most Popular Features in Jumeirah 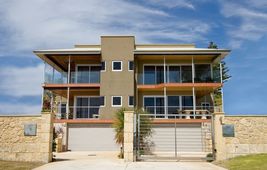 Explore Properties in the Neighborhoods of Jumeirah

366 Properties for you
Sale

274 Properties for you
Sale

210 Properties for you
Sale

174 Properties for you
Sale

67 Properties for you
Sale

67 Properties for you
Sale

63 Properties for you
Sale

29 Properties for you
Sale

29 Properties for you
Sale

All You Need to Know About Jumeirah

Jumeirah is a coastal residential area in Dubai, United Arab Emirates. It is one of the most exclusive and sought after residential areas along the Dubai coast, and is popular among both expatriates working in Dubai and many tourists visiting the emirate. Historically, Jumeirah was occupied by Emirati fishermen, pearl divers, and traders, making it an exciting area in Dubai to explore. In the 1960s, the area saw tremendous expansions, which led it to become an area for western expats. This is why Jumeirah is known as the original expat neighborhood.

The name Jumeirah means beautiful in Arabic and true to its name, this residential area offers picturesque waterfront views and lush gardens. It also has easy access to numerous pristine white sand beaches, such as Jumeirah Beach and Kite Beach. Besides its beautiful settings, another factor that drives its popularity is its proximity to the Dubai International Airport, Burj Al Arab Hotel, Downtown Dubai, as well as commercial hubs such as Internet City, Dubai Media City, and Dubai Marina. It is also popular among families since it has a very high concentration of international schools, hospitals, fitness options, supermarkets, and entertainment options, and offer a comfortable and more relaxed lifestyle. In recent years, the area has been attracting a significant number of young people who are drawn to its growing art scene and entertainment venues, such as Mercato Mall, Box Park, City Walk, and La Mer.

Learn more about the Jumeirah property market through trends and average prices.

How affordable is it to live in Jumeirah?

The median sales price is approximately AED2,160,000 in Jumeirah

The median price per square feet in Jumeirah is AED3,060

The Jumeirah area currently has 10,537 properties for sale

Jumeirah is a quite extensive area offering a wide range of different property types, including villas and apartments. Tenants and investors can choose between villas, townhouses, and apartments, most of which are surrounded by beautifully landscaped gardens and within easy reach to crystal clear beaches.

The villas in Jumeirah typically have between three and five bedrooms. These are very popular among families. However, villas with six, seven, or even ten bedrooms are also available in the area. They can be detached or semi-detached. All of these villas come with a wide selection of amenities, such as a swimming pool, maid’s room, laundry room, and large parking spaces, providing a comprehensive family experience for all residents. Some villas also offer gyms, kid’s areas, as well as tennis and basketball courts. Each villa in Jumeirah has its own distinct architectural style, internal features, and layout. Ranging from Arabic and Mediterranean styles to contemporary and European design.

A wide range of apartment types is also available in Jumeirah. Most apartments come with floor-to-ceiling windows, kitchens with built-in cabinets, and storage rooms. Buyers and renters can find studios, 1-, 2-, 3- to 4-bedroom apartments. Apartments in Jumeirah generally offer a variety of amenities, from shared pools and gyms to balconies and CCTV surveillance. Most apartments in the area are in low-rise buildings. Penthouses are also available and they come in 3- to 4-bedroom configurations.

Jumeirah 1 is one of the most popular residential areas in Jumeirah, and it has numerous tourist spots. It houses an impressive number of malls, including Mall at La Mer by Meraas, Palm Strop Mall, Mercato Shopping Mall, The Beach Centre, Jumeirah Plaza, Century Plaza, Jumeirah Centre, The Village Mall, Wasl Vita Mall, and Town Centre Jumeirah. It also has numerous restaurants, ranging from fast-food options to upscale dining places. Those who are seeking a beach lifestyle can also get it here as it is close to Jumeirah Public Beach and Mercato Beach. Jumeirah 1 is also home to several landmarks, such as Jumeirah Mosque, the Island Dubai Harbour, and Union House Flag. There are a lot of places to explore for art lovers as well, such as Dubai International Art Center, Letitia Art Gallery, ProArt, and Caution Caps.

Sandwiched between Jumeirah 1 and Jumeirah 3 is Jumeirah 2. Just like Jumeirah 1, Jumeirah 2 is also home to numerous shopping centers, including Mercato Shopping Mall, Galleria Mall, Sunset Mall, Beach Park Plaza, and Town Centre Jumeirah. One of the most popular malls is Beach Park Plaza where visitors can find various eateries, shops, spas, and gyms. One of the main draws of Jumeirah 2 is that it enjoys very close access to some of Dubai’s most exotic beaches. Residents can reach the Open Beach on foot, while Jumeirah Beach is also within close proximity to the residential area. In addition, those who prefer a quiet stroll along the beach can visit Sunset Beach (or Umm Suqeim), which is only a short drive away.

Jumeirah 3 is possibly the most popular area among tourists due to its scenic views and lavish lifestyle. It is located on the coast of the Arabian Gulf and has several beaches within or near its area. Some of the most popular beaches are Kite Beach, Villa Beach, and Jumeirah Beach. All of these beaches feature recreational activities, such as snorkeling, fishing, swimming, and cruising. Jumeirah beach also offers jogging and cycling tracks, as well as several fine-dining options. Jumeirah 3 is also close to some of the most famous landmarks in the United Arab Emirates, such as Burj Al Arab and Burj Khalifa. It also houses a historical monument, Majlis Ghorfat Umm Al Sheif.

What is the average price of a Property in Jumeirah?

Standard of Living in Jumeirah

Since Jumeirah is one of the most upscale and exclusive residential areas in Dubai, it offers an opportunity for residents to live a luxurious, relaxed, and family-friendly lifestyle. It is a stress-free and safe area for families with kids.

Although the average annual rents and property prices in Jumeirah are higher compared to many other areas in Dubai, residents can enjoy easy access to everything. It boasts a great selection of nurseries and international schools offering American and British curriculum. Jumeirah is home to numerous healthcare facilities and entertainment centers as well, which is why it is a prime location for families. It also provides ample fitness opportunities, ranging from jogging tracks in its parks to pilates and Crossfit sessions in one of its gyms. Jumeirah is also a totally pet-friendly area as the houses come with ample front yard and backyard space, and are within close proximity to reputable vet clinics.

One of the biggest draws of Jumeirah is its beaches. Anyone who loves the beach or craves a beach lifestyle can swim or sunbathe on one of its beautiful beaches every day. It is also a popular place for those who love outdoor water activities, such as windsurfing, jet-skiing, banana boat riding, and sailing.

Another advantage of living in Jumeirah is that it is filled with parks, including Jumeirah Safa Park, Jumeirah Open Beach, and Jumeirah Beach Park, where residents can enjoy all sorts of recreational activities, such as barbeques and picnics.

3 Reasons to Invest in Property in Jumeirah

Apartments For Sale Near Me

Villas For Sale Near Me

Townhouses For Sale Near Me

Land For Sale Near Me

Penthouses For Sale Near Me

Condos For Sale Near Me

Houses For Sale Near Me

Property For Sale Near Me